The song that is performed by Iro Mane was composed by Kostas Livadas.
A performance-depiction of apology and confession. A deeply moving monologue of a woman who lives in the wrong time and place. Erasmia is a widow who lives with her only daughter locked up in a kiosk feeling trapped in the habits and customs of the small provincial town she lives in. Until the moment that her life is interrupted by love and passion. It is allowed for a woman of her age to feel love and passion? Can society cope with that?

A monologue for Maria Kallas the woman who changed opera’s history. Before her death, she is in her flat in Paris. Isolated and abandoned by her friends, she has the illusion that she is in her dressing room just before her performance she begins a journey through the memories. The early years in America, moments in Athens, the years of success at the Milan Staircase and the last years in Paris. In her memoir, she recounts the words of her great teachers, moments with people who collaborated oscillating between striving for personal happiness and her unique passion for opera. The word “morendo” is a musical term which means that the music gradually disappears. In opera, it is mainly used in death scenes.

Erato – the upstairs housewife – talks about love, rejection, betrayal, brutality against women, corrupted public servants, lack of self-esteem. With patience, she lives on the sidelines until the day she a prostitute moves in the upper apartment.
Katerina Didaskalou, while recollecting Eratou’s life, floods the stage with her interpretation of all the characters who played a role in the heroine’s life.

The life of a woman, from fifteen to ninety-five years old, one of these pivotal-important women we all met in our life as a mother, daughter, wife, grandmother, neighbour, girlfriend, acquaintance. The average Greek woman who never gets the attention despite the power she carries within her.
A woman who observes the course of her life, the time that passes, the events still to come, everything she did on her way from baby girl to old lady, the things she wanted but failed to do but always with staring life with hope.

A theatrical performance about the heroic, political and poetic personality of AlekosPanagoulis. The play seeks to convey the deeper, tragic, trophic spirit of Alecos and the Panagoulides family, through the transformations of the actress, Eleni Erimou – from Athena Panagouli to AlekosPanagouli and all the faces of the play – but with film scenes that emerge through the actor’s mind, when, closing his eyes, he enters the inner space of the memory of the heroes, which is revealed to us on screen.

The memories and words of Angela Papazoglou, the wife of Vangelis Papazoglou – a very talented musician of rebetiko music, as she told her son George Papazoglou, shaped history in many ways for the younger generations.
The performance was described as “the most linguistically beautiful, theatrical and educational precious event in the theatre for many years”.

EnkeFezolari directs Alexandra Palaiologou in stories from the times of Junta based on Lili’s Zografou book “Profession Whore”. Two autobiographical stories that highlight the era and outline Greece’s landmark writer of transposition: a woman militant against any regime that destroys human existence.
First story: Zografou is forbidden by the junta to leave the country because of her political beliefs using as a pretext the fact of her not practising the profession of journalism as stated on her passport. Combating the irrational regime with humour, she’s changing her profession into a prostitute with tragic consequences.
Second story: 1973. After her suicide attempt, in New Year’s Eve, she is hospitalized in a psychiatric clinic. Her traumatic experience drives her to a front-line confrontation with policymakers with her complaining about the nefarious operation of the hospital.

Giasemi Kilaidoni gives rise to all the protagonists who emerge in the memory of a 90-year-old monk when, after 65 years of deliberate silence, he confesses, shortly before his death, the horrors of his life, his castration by the patron despot who brought him up and wanted him to take his place in the future. When sent by him to a remote village in Thessaly to observe the secret ritual encounters of nine women of the Tarsus, he unintentionally initiates in female occult knowledge which reveals to him an unknown charming universe that leads him to his true love for a Tasi woman.
The recognition of ourselves through the recognition of the other and the limits of our will and responsibility are the inner motifs of the play.

Middle-aged women are at the heart of Simon de Beauvoir’s tripartite project “Betrayed Woman” – women who mature and feel betrayed around them. Muriel, the heroine of “Monologue”, is alone on New Year’s Eve in an apartment in the centre of Paris, in a bad psychological state, abandoned by everyone and isolated. The night, when everyone is with their people, she violently reclaims the relationships and the bad experiences of her life as well as the bad relationship with her mother. He assigns responsibility to everyone else and tries to hold on to fantasies and events that are uncertain of their outcome. She sees that she is getting older and betrayed by men and relatives. Mistakes are many, but are they her or others’?

A woman waits for a man every Thursday afternoon. Suddenly she is called for “recognition”. She recognizes signs of unfulfilled love. She recognizes the story of her life. “What does it mean I’ll always think about you? What other than I will always wrong you”? The gentleness of poetry is met with a tender rendezvous with everyday life. A story like those that pass over lives and sweep them away. They are left naked and deserted.
“I wanted to write this story for this woman and this man, who is unbearably present in this play, even if he can’t utter a single word …” Akis Dimou

A famous soprano and her obsession with Margaret’s character in Goethe’s “Faust”. On the occasion of her impending appearance in the role of “Margarita” in the opera “Faust” by Guno, she asks her questions, guided by a symbolic enigmatic figure. Is the choice of our fate in our hands? Is it going to change through an agreement with … who? Ourselves; God; His representatives? With transformations going through both the faces of the theatrical Faust and those of the opera, it leads to answers and decisions. As Faust’s legend has inspired many great composers, the opportunity is given to the hillside to lead us to an acquaintance with the most important of these works. 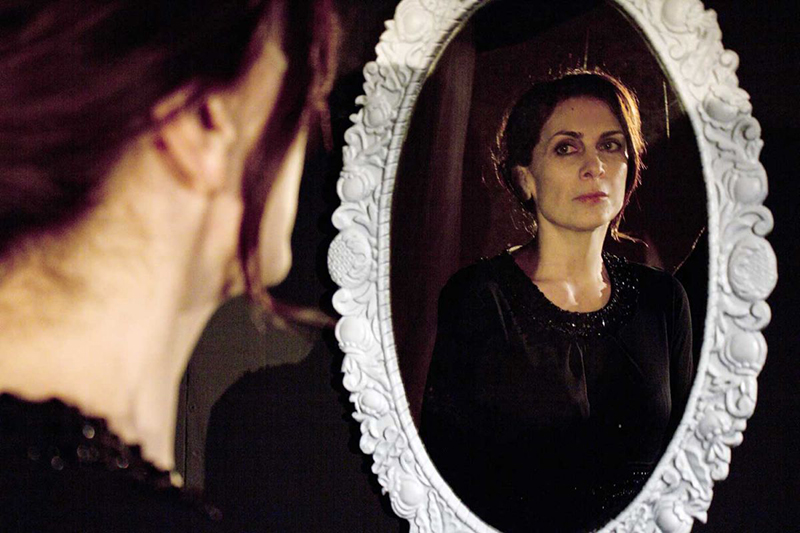 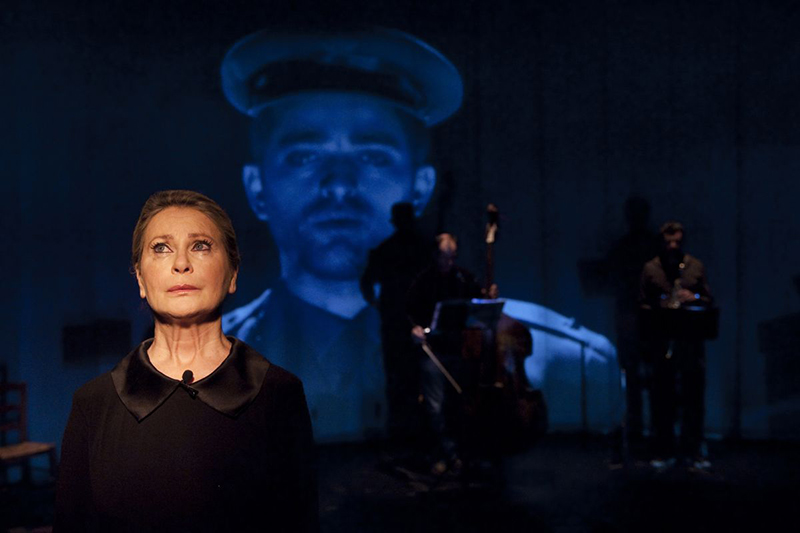